MCS has a close working relationship with Masaba, Superior Industries, Putzmeister Telebelt, ALP Sizers and Ashross. MCS staff have undertaken specialist training with these manufacturers, and there are regular exchange visits between MCS and these manufacturers to ensure that MCS is aware of the latest product developments and applications.

When there was a rush order for dozer traps to cover downtime for a major breakdown of a stockpile reclaimer at a coal mine, Superior prioritised their manufacture and delivery to port, with the factory working extra hours.

Senior executives from both Superior Industries and Putzmeister Telebelt attended the MCS Open Day, and Superior assisted on the MCS stand at AIMEX 2011.

When MCS ordered only the second model built of the largest Telebelt in the world (the TB200 with a 61m reach), Putzmeister provided considerable support and training so that MCS could assemble the machine and was familiar with its operation, maintenance and operational capabilities. The TB200 has been in almost constant work since its arrival in Australia.

MCS input on the requirements of the Australian market is respected by all manufacturers that it deals with.

These relationships ensure that MCS remains at the leading edge of mobile conveyor technology both in Australia and internationally. 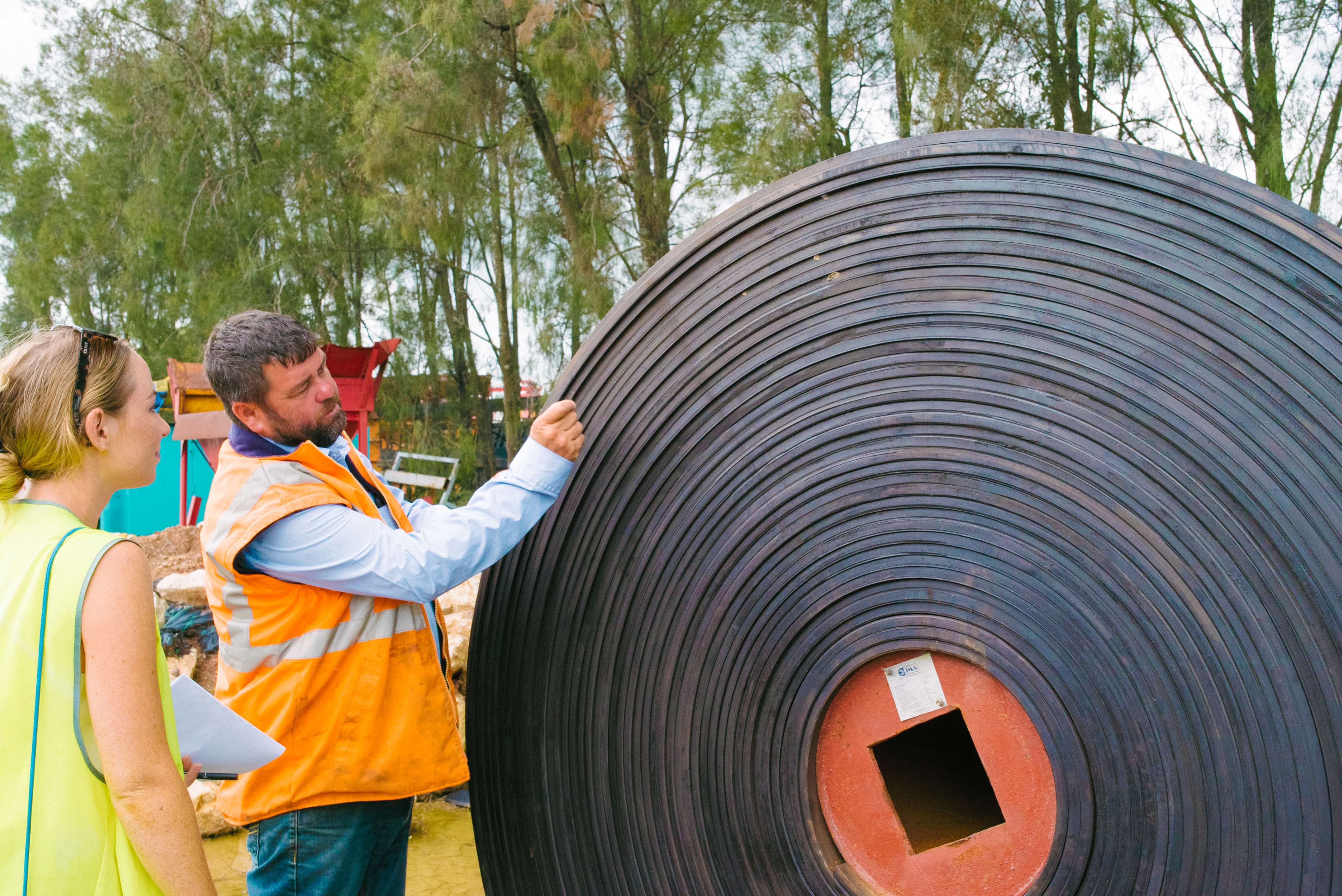 Applications include backfilling tailings dams, loading train conveyors from stockpile, building and drawing down on temporary stockpiles, and more.

Applications include placing unpumpable concrete, placing bulk materials in areas with no or limited direct access, and more.

This equipment suits both fixed and short-term applications, and is as transportable as mobile crushers and screens.

Mobile conveyors are the ideal solution for backfilling over geotextiles without compromising their integrity, and are highly productive.

Commercial and domestic building sites regularly use mobile conveyors to place backfill and other materials in areas with restricted or no vehicle access.

Have a question? Get in contact with MCS today

1300 665 409
enquiries@mobileconveyors.com.au
Thank you! Your submission has been received!
Oops! Something went wrong while submitting the form.